Many everyday household objects are treated with little reverence during their working life. Household pottery (both practical and decorative) is often used with no regard to its artistic and cultural value. As time passes, these everyday items assume a new importance, both as classic examples of the art and culture of the period and as memories of happier times. Hornsea Pottery is a classic example. The many hundreds of different lines they produced from 1949 to the present day are becoming increasingly collectable, with “dealer” prices sadly reflecting this. However, a quick search through your local charity shops often turns up treasures at reasonable prices. It’s a safe bet that you’ll find examples of the Heirloom or Bronte range in every third visit! 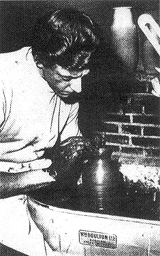 Hornsea Pottery is located in the seaside town of Hornsea on the East Yorkshire coast between Scarborough and Hull, and was founded by two brothers, Colin (pictured right in 1952) and Desmond Rawson in 1949. At first the new venture operated from a small terraced house near to the sea front, but as production increased, consequently moved to the current location, the site of an old pottery that made roofing tiles during the mid 19th Century. A large proportion of the site was gradually developed into a leisure and retail park which attracts over one million visitors per year. This park became the first acknowledged factory shopping village in the UK, now known as Hornsea Freeport. Sadly Colin passed away in January 1999, he will be missed by a great many people.

Like all “collectables”, the prices you pay at antiques fairs have already exceeded the true value of Hornsea Pottery and people are looking for the logo, then doubling the price. Although a natural consequence of increasing demand and decreasing supply, this is a shame since many amateur collectors are often priced out of the market.

Formed in 1992, The Hornsea Pottery Collectors and research Society is the place for all serious collectors of Hornsea Pottery. As well as their expertise in identifying rare pieces, members are often in touch with each other to exchange items and news. Meetings are held at regular intervals throughout the year, where the auction is the highlight for many people. Magazines whet your appetite between meetings.

Something you really can’t do without is “the” book. Written and compiled by Brian Heckford and Brian Jakes, it lists 99% of all known Hornsea Pottery, along with historical notes, reference numbers, colour photographs and a complete history of Hornsea Pottery. The 220 page hardback costs only £25 plus £6 postage & packing.

As if this wasn’t enough, the price includes the latest copy of the price and rarity guide to make sure you know what you should be paying for what. Contact the Society for more details. 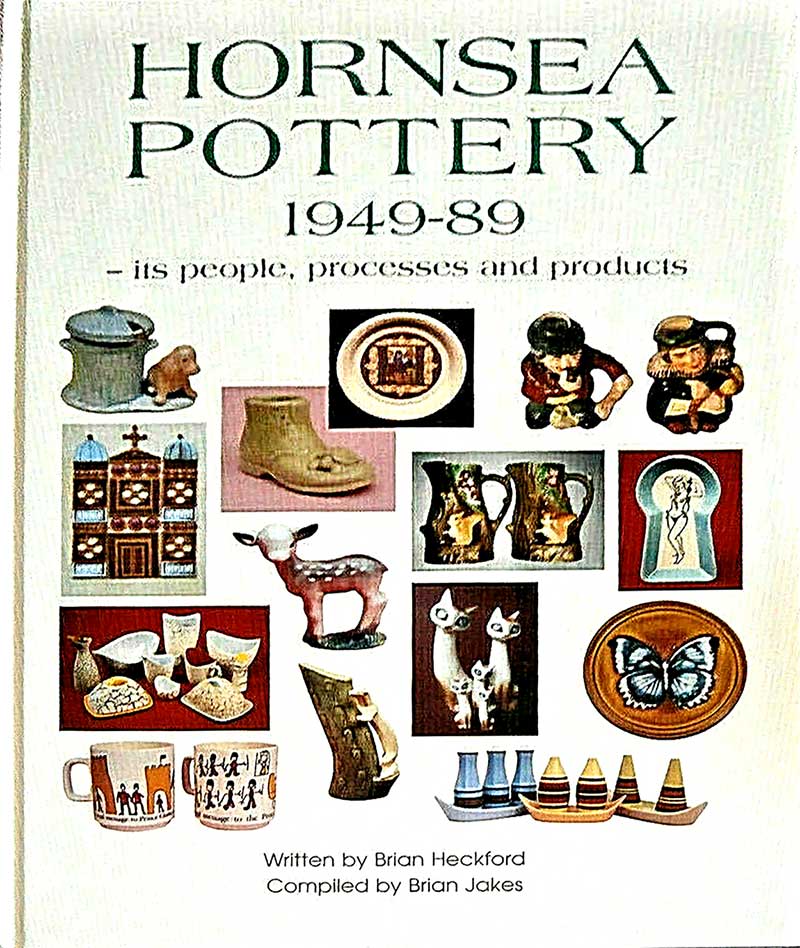