Neal Elias, whose creative and 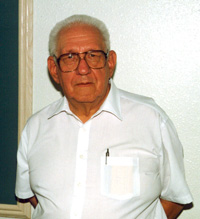 technical contributions are still inspiring a host of present-day designers and folders, passed away on 21st September 2005. The origami world had lost a great master.

In late September 2006, shortly after the first anniversary of Elias passing, Gabriel (from Hong Kong), and Boon (who is based in Malaysia/Singapore) were discussing (via emails) about the ingenuity of Elias works when the idea of approaching our friend Huy (from Vietnam) to jointly set up a memorial page of some kind to pay tribute to the great master took shape. Fortunately for us, Huy was more than willing to participate. His enthusiasm in this project and his willingness to set up this tribute page has been very much appreciated. Not long after our initial discussions, Gabriel suggested that we rope in Nan, a young folder from Taiwan, to join our Elias tribute page project. Fortunately for us again, he was also more than willing to join. So, at the moment, there are 4 members in our project team.

Despite the large number of designs produced by the late Elias, we dont get to see many renditions by folders of his designs on the internet etc. So, another reason for setting up this tribute page is to provide more (albeit still limited) visual references of his works to folders who may be interested. We do not believe that we can ever do justice to the great masters incredible body of works but we would like to contribute whatever little we can to generate more interest in his works among origami enthusiasts, especially the younger ones. 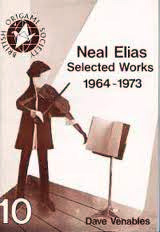 Due to work, school, or personal commitments, different members of this project have been folding and progressing at different rates but the basic condition is that each member has to fold at least 10 different Elias designs and set up his own personal tribute page for Elias.

The project however, does not have to end with the public launch of this joint tribute site. Each member can still continue to add more folds and fine-tune his own personal tribute page and we can still improve on this site if possible. Furthermore, if the opportunity arises, we may rope in more folders from around the world. We hope that this is just the beginning, with better things to come.

We are very grateful to Dave Venables and Dr Robert J. Lang for agreeing to write forewords about Neal Elias for this joint tribute site. We are also very thankful that Neals granddaughter, Michelle Buehler, and other members of her family are willing to share with us their recollections of Neal, the family man. Their descriptions and recollections of Neal Elias from different perspectives have provided us with a better feel and understanding of the great master. Dave, who besides providing us with useful background information has also graciously granted us the use of his photos of the late Neal Elias and also his photos of models folded by Elias himself.

Last but not least, we hope that you will enjoy visiting this site as much as we have enjoyed folding the models and getting this site ready for public viewing. Although the number of Elias designs we are able to present in this joint tribute site is still rather small, we hope that this visit will increase your interest in his amazing body of works.